I’ve long been a proponent of recognizing installed UTP as a vital component in the networking ecosystem. Too many people take Layer 1 for granted, and forgivable sins of of our 10 Mbps and Fast Ethernet pasts won’t fly in a Gig world. Toolmakers like Fluke Networks sell cable certification testers that take the guesswork out of whether a given cable run can be relied on to perform as expected. Don’t use one of these testers at time of cable installation, and you are only assuming you have a good station cable.

I just had an interesting situation come up that I helped a very skilled field tech with. He was working in several different small buildings, each serviced by a Cisco Catalyst Switch and a handful of 3802 802.11ac access points. The switches and cable had been in place for years, and the APs for many months, all with no issues whatsoever.

Then, we changed out the old 3560X switches for shiny new 3650s (curse you Cisco for your bizarre fascination with part numbers so close together), and suddenly some APs weren’t working any more. Between us, we checked all switch settings, POST reports, CDP tables, logs, etc- everything you can dream up on the switch. We put the APs that weren’t working back on the old switches, and they came right up. Hmmm… thoughts turned to PoE/code bugs, but then I went a-Googlin’ before consulting TAC.

I found this document that put me on the path to righteousness. Though we weren’t having “PoE Imax Errors”, a couple of nuggets jumped out at me about our new switches.

Holy guacamole- We got us a situation! But wait… THERE’S MORE!

Shazam! Which, of course, translates in Esperanto to “maybe your cable is actually kind of iffy, and all the CDP stuff that happens at the milliwatt level before PoE gets delivered worked OK with your old switch but not with the new one that has the enhanced PoE controller”.

If you don’t know that the newer switch does PoE differently, you might wrongly assume that your cabling is “good” because the APs worked on it when those APs used the old switches connected to that wiring. By now, you can probably guess where I’m headed…

Our tech tested the cabling on the new-switch-problem APs and in each case found that they needed help to work with the new switch. He re-terminated and tested each, with the APs then coming up with no issues. I have no doubt that this cable was certified 10-12 years ago, but in that time a lot can happen to either end of those cables depending on the environments where they are used. 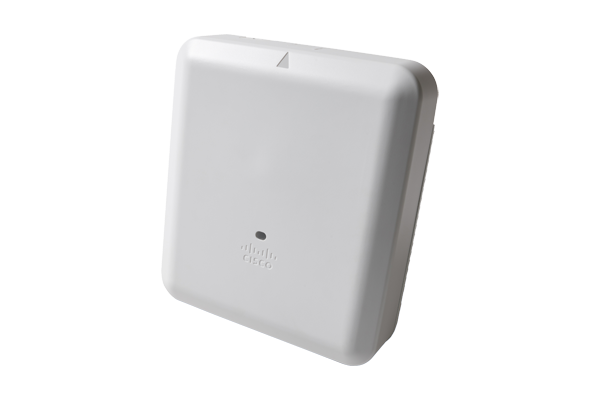 I realize I’m beating the 11ac thing up pretty good lately, but I think I finally hit on what bugs me about the way the new hot technology is being brought to market. What I’m about to describe is more of a BAN issue (BAN=BigAss Network, where APs are counted in the hundreds or thousands) and not so much of concern for smaller environments.

802.11ac is being delivered in rather bizarre (for the customer) “waves”.

And this is where I say “time out”. I’d like the WLAN makers to bear some of that Wave 2 logistical pain. And I want them to get creative to take the onus off of the customer. Here’s what I want:

Spare me the lecture that there is no such thing as 2 Gig Ethernet, and that what I’m asking for would be based in no existing standard. The WLAN industry has long since turned it’s back on standards and interoperability, which is why vendor lock prevails. Other than PoE and what comes out of the antenna (and even that can be a dubious discussion), the mention of standards is a joke in the WLAN industry as each vendor authors their own technical magic. So be it- I just want new magic and don’t care that it’s not exactly Ethernet in the middle.

I’m OK feeding this new component a 10 GB uplink that it then divvies up into auto-configured 2 Gbps AP uplinks of some proprietary protocol. Or feeding it 2 single-gig ports on my wireless management VLAN that it then magically muxes into a 2 Gbps, big powered uplink that connects via a single wiring run (of excellent quality, of course) to each AP. At that point, all of MY work was done in the closet, and I didn’t run a slew of new wires for my wireless network.

If we don’t get something disruptively creative on the wired side to go along with 11ac, pretty much any TCO discussion on new 11ac ownership presented by WLAN vendors will be incomplete at best, and poppycock at worst. I’ve seen both announced and unannounced 11ac products- and the prices are pretty steep (well, except for Ubiquit-). But we’re supposed to believe that 11ac lets us draw down the wired network considerably, and so be willing to buy into a higher premium for wireless. But… adding lots of new switchports and cabling runs (not trivial in many environments,  can add hundreds of dollars in cost to real TCO for each AP) has to be considered.

As a customer, I feel OK asking- because the customer is always right (well, except when they’re wrong). So… when will my new non-standards-based 2 Gbps mega-PoE switches arrive?