I don’t frequently kick tires on consumer grade gear, but occasionally it is good for us Enterprise folks to go that path. Certainly, this space continues to advance- as measured by features offered, complexity under the hood, and promises made that often can’t be kept.

This is an interesting router, and I’ll try to approach my narrative from the consumer-centric focus. That being said, even the consumer wireless space needs to be handled by vendors with common sense. That is lacking in spots with this router, but likely no more so than with it’s competitors who also fixate on grand performance claims over substance. Sigh… the data sheet for the AC2300 is ambitious, to say the least.

Why so Many Model Numbers?

I have NEVER understood this about Netgear (and others in this space). On the box, it’s the AC2300. On the vendor product page, it’s the R7000P, as well. Then when you access the admin pages on the router itself, it becomes the RS400. Just kick me in the groin.

Getting Started, Choices
I’m old and stodgy. I just want to connect to the router, and start poking around. But Netgear would prefer that you download the Nighthawk app, which I did. But to run said app, you need a Netgear account, and in my opinion they want too much personal information. Nyet says I despite the fact that the app might be somewhat handy. Negatory on that. Also, the same account is needed to activate NETGEAR Armor which is a subscription-based security suite (Netgear gives you three years free with the router purchase). Given that I don’t plan on making this eval unit my daily driver, I’m going to pass on Armor- but here’s some interesting chatter among IT folks about it.

I opted to simply connect to the device over Wi-Fi, using the password provided on the router, and head for good old 192.168.1.1 admin page. I also opted not to bite on another subscription- Disney’s Circle parental controls, which were offered one click in . If I was at a different place in life (my kids are grown and live elsewhere), I may welcome something like Circle but would need to evaluate.

Netgear touts the AC2300 as a CYBERSECURITY router, which is OK. Even without the app, Armor, or Circle there are some decent security-oriented features available, as you’ll see in the screenshots.

As a Switch/Router, Looks Decent Enough

See the screenshot dump at the end- you’ll get a sense of the usual offerings that come in better model routers. VLAN support, firewall functionality for device access, URL blocking, protocol controls, etc are handy, and the switchports are 10/100/1000. Also USB3 connectivity to storage or whatever floats your boat. Nothing earth-shaking, but a well-rounded feature set.

Wireless Performance Good- But the Approach is Maddening

It’s funny that the data sheet mentions “interference avoidance” in at least one spot, but your neighbors might not agree given that the AC2300 comes up blasting away on 80 MHz wide channels in 5 GHz (gotta be so to bring the jigabits!) and squatting on channel 9 in 2.4 GHz. How about the power level? Out of box it’s 100% on both channels. 100% of… well, something. but mere mortals aren’t privy to such details. I am not a mere mortal hover, and so I know where to find the power output levels for this router – if you know what the values mean, you’ll agree that this router is quite the flamethrower. Depending on where it’s used, you may not be able to get the power LOW enough. 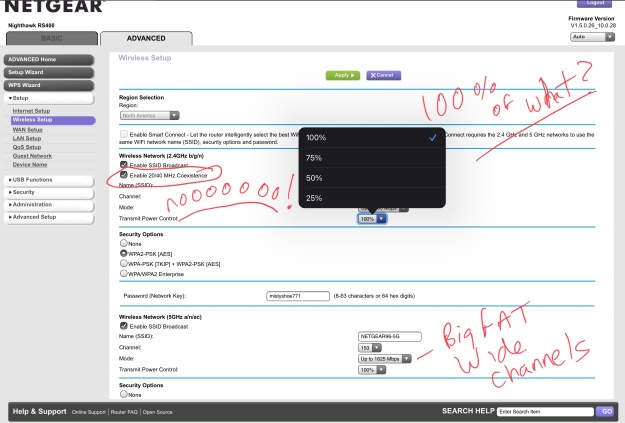 For some reason, Netgear also decided to expose a couple of settings you can ruin your own day by manipulating wrongly…

Some things are better left hidden, says I. But it is nice that you can schedule the radios for on/off as desired.

I’d Buy It, and Then I’d Get Wise About Configuring It

If I was shopping for a normal consumer router, the AC2300 would be a good candidate based on booming radios and decent features, with or without the subscription stuff and Nighthawk app. It’s a nice enough looking router. The wireless defaults are ugly, though and  can do more harm than good. At the same time, consumer grade stuff is set up out of the box to THEORETICALLY meet the bold promises made in marketing (good luck getting 1625 Mbps in 5 GHz out of this or any 802.11ac 3×3 router) on the assumption that all consumers operate in their own little vacuums. 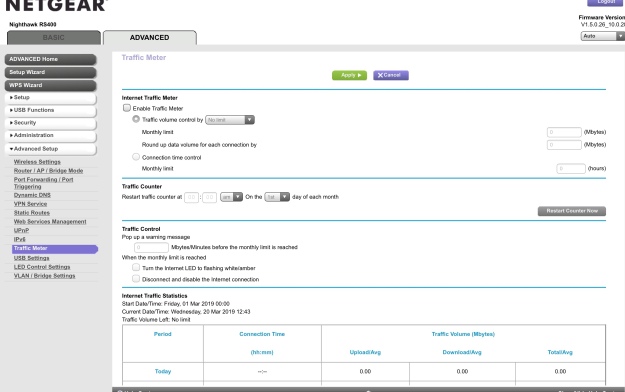 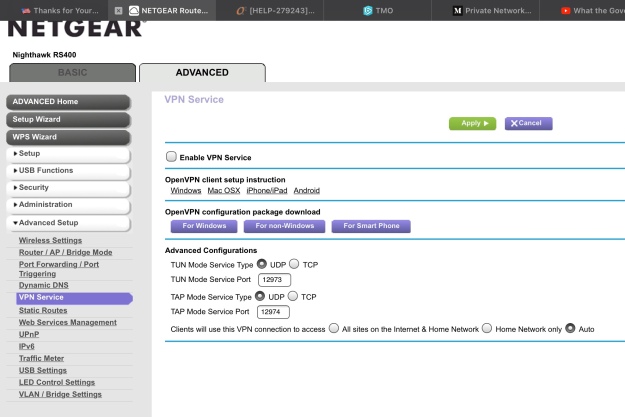 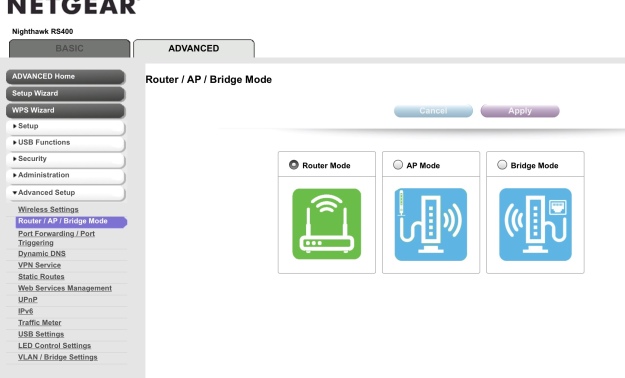